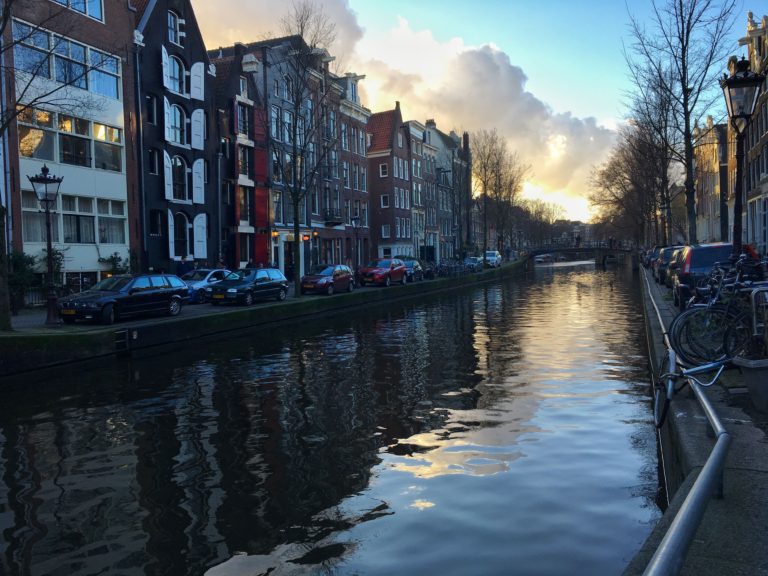 Amsterdam is one of my favorite destinations for a city break. Although it’s famous for its coffeeshops and the Red Light District, I can assure you that the Dutch capital is so much more! Whether you’re an architecture enthusiast, museumgoer, foodie or even a nature lover, you’ll have a good time in Amsterdam.

If you’re looking for a list of activities for your first visit to this great city, you’ve to the right place. Since Amsterdam is one of the most expensive cities in Europe, I’ve included 7 activities that are completely free.

When Anne Frank and her family were in hiding from the Nazis during World War II, they were in a Secret Annex in a house in Amsterdam. The house where their Secret Annex was located is now a museum. This house-museum tells a story about Anne and the Frank family, explaining what life in hiding was like. It describes the tragic faith of Jews during World War II. While standing in the place where Anne wrote her diary and thinking about her life, I was overwhelmed with sadness. Still, it’s one of the places I would advise every Amsterdam visitor to put on their itinerary. The museum also features stories about how Anne’s story influenced individuals around the world world which makes you walk out with a feeling of hope.

You need 1-2 hours for the tour. The tickets are only sold online and I suggest you buy them in advance, because the number of visitors per time slot is limited. The price of the tickets for adults is 14€, for visitors aged 10-17 it’s 7€ and for younger visitors the entrance is free.

The Anne Frank House is located in one of the most charming neighborhoods in Amsterdam – Jordaan. After visiting the museum, take some time to roam the narrow streets and admire the stunning architecture. In Jordaan, you’ll find art galleries, unique shops, cafés, great restaurants and much more.

One my favorite memories from Amsterdam is the boat ride through the canals. During this cruise you’ll see Amsterdam’s beautiful sights from a different perspective. The captain/tour guide tells you a story about Amsterdam, its history and the famous places. It’s a fun way to get to know the city and its attractions.

There are many companies in Amsterdam that organize canal cruises. Apart from the typical canal cruise that takes about 1 or 1.5 hours, there are also Dinner Cruises, Champagne Cruises, Kids Cruises, etc. There is even a boat that has an Amsterdam coffeeshop inside.

You should explore the canals on foot, too. Take a walk in the city centre’s charming streets and numerous bridges. There are plenty of spots for an Instagram-worthy photo!

The Netherlands is one of the biggest exporters of cheese in the world. So, it’s not a surprise that cheese shops are everywhere you go. Most of them offer cheese samples that you can taste for free. I recommend you taste different types of Dutch cheese (gouda being the famous one) and buy your favorite one to bring home as an edible souvenir.

If you are a true cheese lover, you can also visit the Cheese Museum.

This neighborhood isn’t everybody’s cup of tea, but it is one of the most popular attractions that is visited by most tourists. The atmosphere on the street is completely different during the day and during the night, but it is safe for tourists at any time (just watch out for pickpockets). In this area you’ll also find unusual museums like the Museum of Prostitution where you can learn about the legalization of prostitution and the lives of prostitutes.

It’s important to know that taking photos in the Red Light District is strictly forbidden and you mustn’t take photos of women in the windows.

A must see for art lovers. Along with the Rijksmuseum, it’s one of the best art museums in Amsterdam. Inside you’ll find the famous Sunflowers and the biggest collection of Van Gogh’s masterpieces in the world. Van Gogh’s letters are also part of the exhibit. They tell a story about the troubled life the artist had. Even though the museum is dedicated to Vincent Van Gogh, there are also works of Monet, Cezanne, Gaugin, etc. I don’t know what left a bigger impression on me – the Anne Frank’s House or the Van Gogh Museum. I absolutely recommend that you visit both places even if you’re not into museums.

Tickets are 20€ for adults and FREE for anyone younger than 18. I suggest buying the tickets online to avoid waiting in long lines (a suggestion for all museums).

Here you’ll find tours in English that are organized every day and are free of charge. You only have to reserve your spot in advance, because the maximum number of people per tour is 20. Even though the tour is free, it’s recommended to leave a tip for your guide. If you like to have a guide show you around a new city this is a great option for you. The great thing about these tours is that the tour guides are locals so they’ll make you experience the Dutch culture in the best way.

7. Eat Herring from a Food Stall

Everyone will tell you that the must-try street food in Amsterdam are frites, the Dutch version of french fries. I was underwhelmed by frites so I suggest trying something more unique – herring.

There are many food stalls in the city where you can buy herring or a herring sandwich. If you don’t mind the fish taste, give it a try! The flavor is salty and rich. I loved it, it’s the most “interesting” street food I’ve tried in the Netherlands.

8. Smell the Flowers at Bloemenmarkt

The only floating flower market in the world is located on the Singel river. Enjoy looking at the beautiful flowers of all colors including the most famous – Dutch tulips. At the market you can buy fresh flowers, souvenirs and tulip bulbs to bring back home.

9. Visit One of the Unique Museums

Amsterdam is full of museums, not only history and art, but plenty of museums that focus on a unique or even a bit strange topic. Some of them are:

Heineken Experience – a museum dedicated to Heineken beer where you’ll learn how beer is made and hear the history of the brand and, of course, taste the beer

KattenKabinet – a museum dedicated to cats

The best known park in Amsterdam is Vondelpark. It’s a great place to relax and get some rest from the busy streets and noise of the city. Since it’s located in the city centre, it’s easy to find. In the warmer months, it’s full of people walking, biking and having picnics on the grass. If you’re looking for a quieter and less crowded park, check out Vesterpark or Beatrixpark.

The main square. You won’t miss it, since walking to other attractions will take you through it at least once. This is where the former Royal Palace is located, as well as a memorial monument to the Dutch who fought in World War Two, Madame Tussauds Museum, cafés, restaurants, food stalls and places to shop. Here you’ll also find one of the most famous churches in Amsterdam – Nieuwe Kerk (New Church).

One of the most visited museums in the Netherlands is home to its national collection. Rijksmuseum showcases history and art of the country in different periods and some parts of the museum are dedicated to European and Asian art. Here you’ll have a chance to see masterpieces of the famous Dutch painters like Rembrandt and Vermeer. I didn’t get a chance to visit this museum yet, but I got many recommendations for it so it’s one of the first things on my to do list for the next time I visit Amsterdam.

During the warmer there are many free concerts, plays and other cultural programs in Amsterdam’s parks and squares. So, my tip is to check online and find out if something you’re interested in is taking place at the time of your visit. The biggest annual event is King’s Day which takes place in April. At this time Amsterdam’s streets and canals become a huge open-air orange party enjoyed by both locals and tourists.

Finally, if you plan to visit the famous Amsterdam coffeeshops, there are a few things you should know. Coffeeshops are places in Amsterdam where you can buy marijuana legally, while cafés, coffee houses, coffee shops are your typical coffee selling places. If you want to buy anything in a you must be at least 18 and you’ll be asked for your passport. Even at , smoking tobacco is usually not allowed. There are so many in Amsterdam and all are different, just like regular cafés.

A few extra tips before you head to Amsterdam: 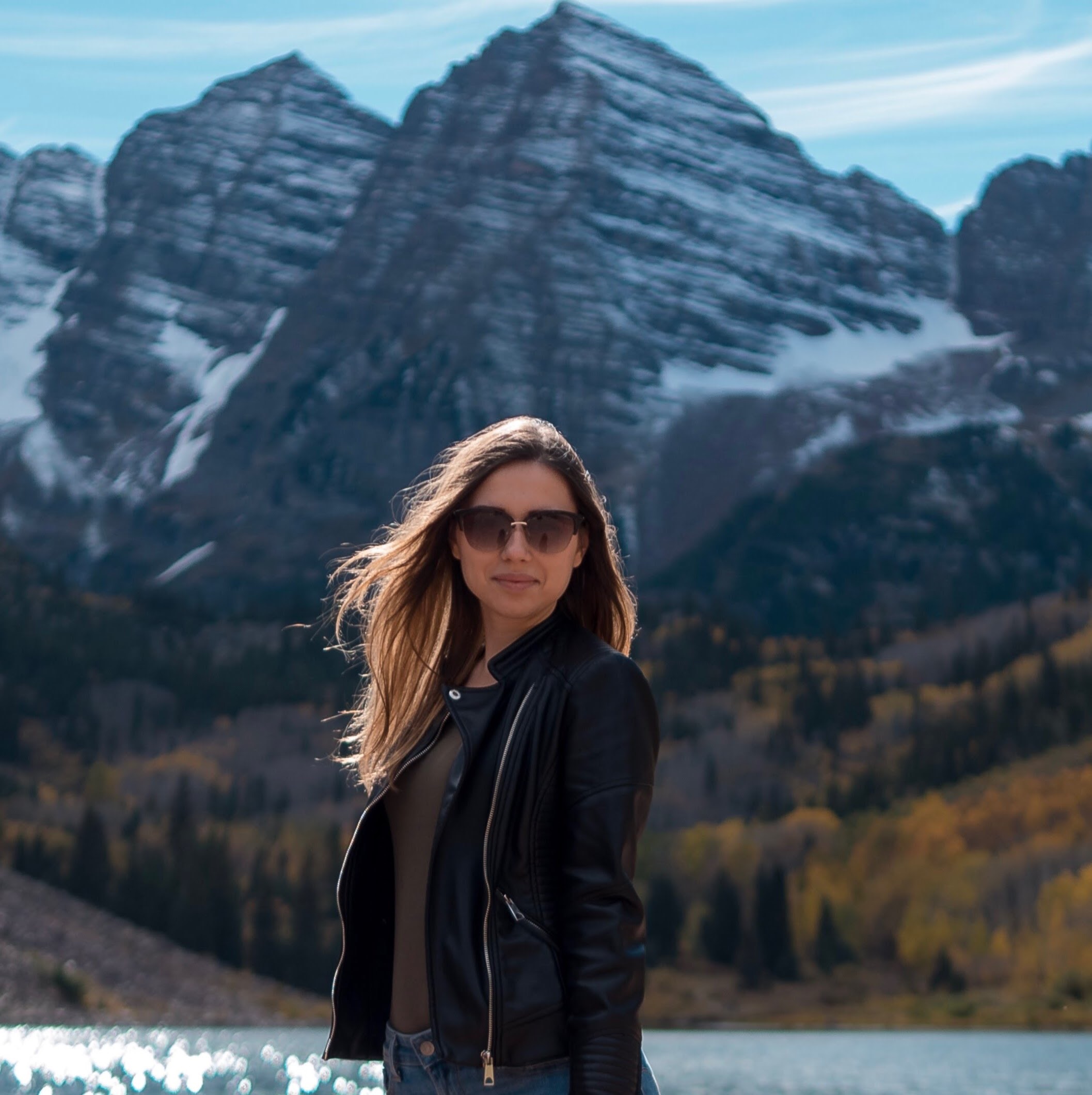 My name is Ema. I am a student of Management at the University of Belgrade and traveling is my biggest passion. On my blog you'll find travel diaries, experiences and tips about living abroad and other topics relevant for students and young people all around the world.